The track irregularities and their interaction with wheel generate vibration of varying amplitude and frequency. These vibrations may cause damage to different parts of the vehicle if not contained and also return it back to the track.

The primary suspension consists of spring and damper components between the bogie and the wheel set, in order to secure a stable running behaviour, and also to ensure low track forces, low wear and good behaviour in curves. There are normally four axle-box dampers in each bogie.
By including primary suspension the, lateral stability of the wagons and the ride quality can be significantly improved. This is due to the lower unsprung mass as the size of the unsprung mass directly relates the amount of force transferred into the car body and track from wheel or track irregularities. 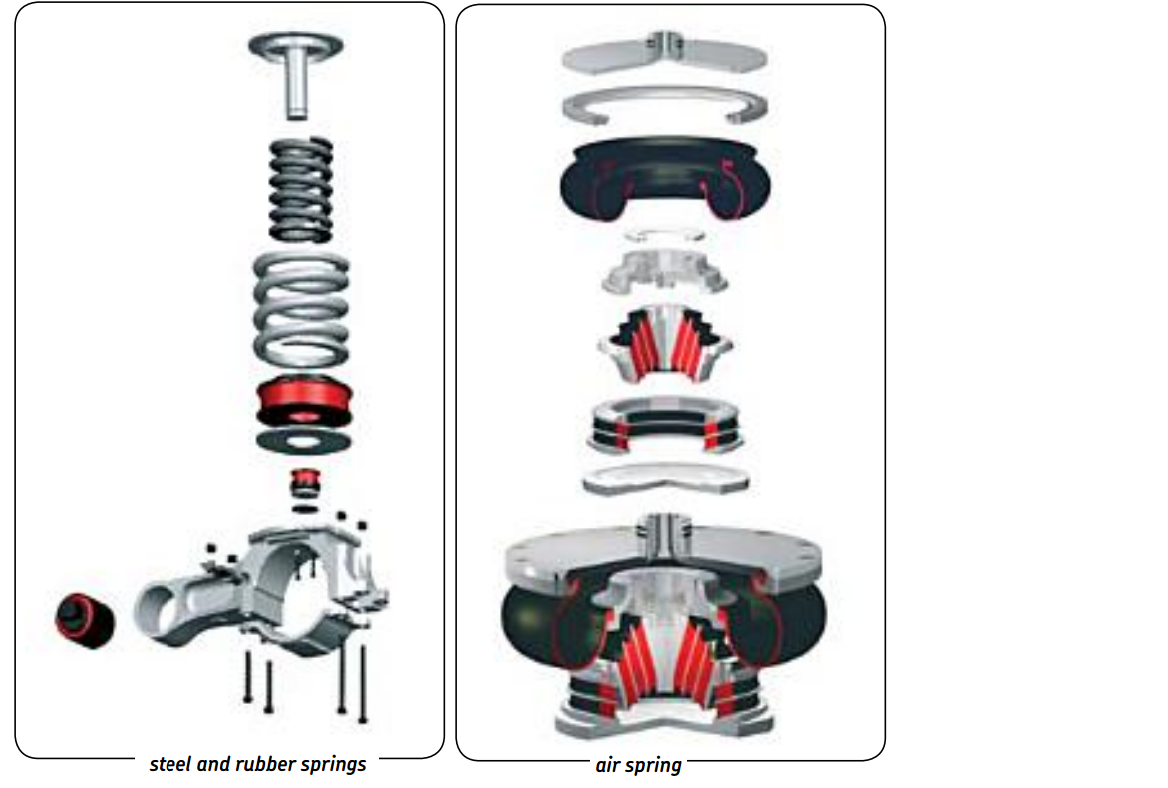 The secondary suspension interconnects the carbody and bogie, with the purpose of isolating the carbody from excitations transmitted from track irregularities via the wheelsets and bogie frames.

The air spring is part of the secondary suspension of most modern passenger rail vehicles, placed between the carbody and bogie. Its main task is to reduce carbody accelerations in the lower frequency range, around 1 Hz.

Following figure illustrates a typical air spring system with its different components. The amount of air in the air bag (no. 3) decides the stiffness of the air spring. By means of the level control (no. 8), the air volume of the air bag can be regulated and the stiffness can be adapted to the preload (amount of passengers). The air is provided from the air container (no. 9), which is regulated by the compressor (no. 10). The main benefits with an air spring compared to a conventional coil spring are

Cost and complexity are two disadvantages mentioned together with air springs.

Figure: A typical air spring system in a rail vehicle.