The New Austrian Tunneling method (NATM) was developed between 1957 and 1965 in Austria. It was given its name in Salzburg in 1962 to distinguish it from old Austrian tunnelling approach. The main contributors to the development of NATM were Ladislaus von Rabcewicz, Leopold Müller and Franz Pacher. The main idea is to use the geological stress of the surrounding rock mass to stabilize the tunnel itself. 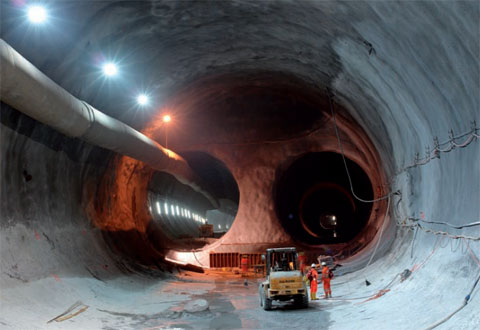 The NATM integrates the principles of the behaviour of rock masses under load and monitoring the performance of underground construction during construction. The NATM is not a set of specific excavation and support techniques and has often been referred to as a “design as you go” approach to tunnelling providing an optimized support based on observed ground conditions but more correctly it is a “design as you monitor” approach based on observed convergence and divergence in the lining as well as prevailing rock conditions.

There are seven features on which NATM is based:

This monitoring makes the method very flexible, even at surprising changes of the geomechanical rock consistency during the tunneling work, e.g. by crevices or pit water. Such (usual) problems are not solved by thicker shotcrete, but the reinforcement is done by wired concrete which can be combined with steel ribs or lug bolts.

The measured rock properties lead to the appropriate tools for tunnel strengthening. Therefore in the last decade NATM was also applied to soft ground excavations and to tunnels in porous sediments. The flexible NATM technique enables immediate adjustments in the construction details, but this requires a flexible contractual system, too.

According to E.Brown, the key features of the design philosophy refer to:

When NATM is seen as a construction method, the key features are:

The tunnel is sequentially excavated and supported, and the excavation sequences can be varied.

The permanent support is usually (but not always) a cast-in-place concrete lining.

Some experts note that many of these construction methods were used in the US and elsewhere in soft-ground applications, before NATM was described in the literature. 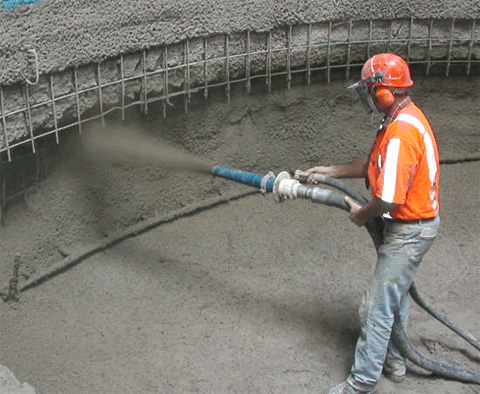