Jet Grouting is a versatile erosion based system used to create in situ engineered geometries of soil-cement generally with limited required access.  Jet Grouting creates in-situ columns of grouted soil using very high pressure grout injection. Grouting is performed by pumping high velocity jets of grout (or sometimes grout and air or grout, water and air) through the side of a grout monitor, attached at the end of the drill string. The jets erode and mix the soil as the drill string and the monitor are being rotated and withdrawn.

It is best practice to perform a pre-construction test program to calibrate, adjust and verify jet grout parameters and the design.

There are three traditional jet grouting systems. Selection of a system is generally determined by the in situ soil, the application, and the physical characteristics of soil-cement mix (i.e. strength) required for the application. 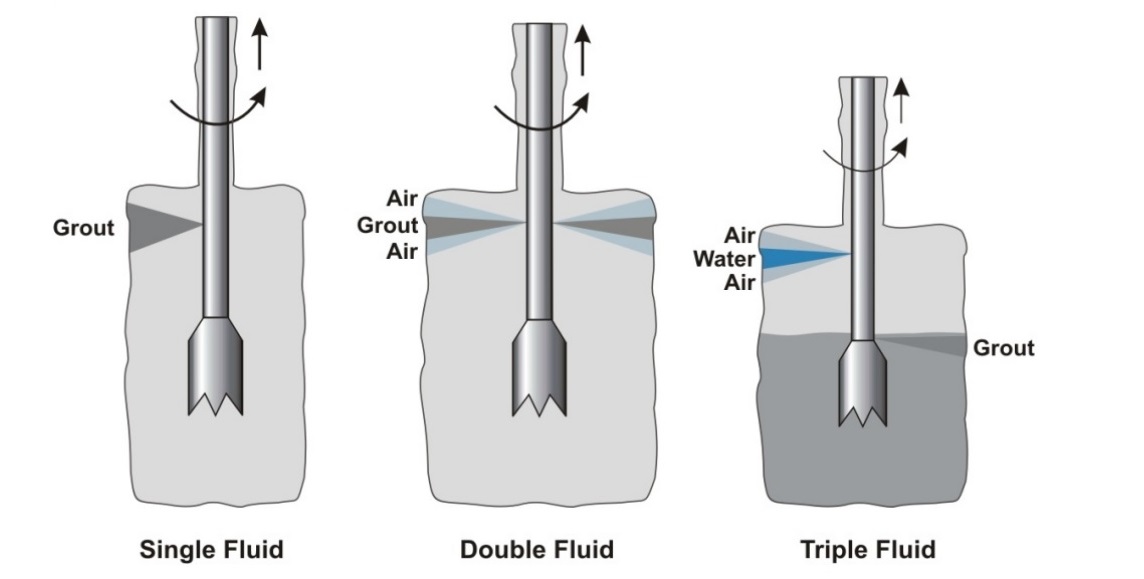 The single fluid system is the simplest. Grout is pumped through the rod and exits the horizontal nozzle(s) in the monitor at high velocity. This energy breaks down the soil matrix and replaces it with a mixture of grout slurry and in situ soil. Single fluid jet grouting is most effective in cohesionless soils.

The triple fluid system is the most complicated jet grouting system due to the simultaneous injection of three different fluids, air, water, and grout. Grout emerges at a lower velocity from separate nozzle(s) below the erosion jet(s). This separates the erosion process from the grouting process and tends to yield a higher quality soil-cement mix.

Some key advantages of jet-grouting technology are the easy and safe installation processes without unwanted disruption to other operations. This often results in reduced construction time when compared to alternate and competing systems. When used as a soil improvement technique for building foundations, jet-grouting eliminates ground vibration often associated with other soil improvement technologies. This benefit is of particular importance in dense urban environments where unwanted vibration during construction may damage the surrounding facilities. 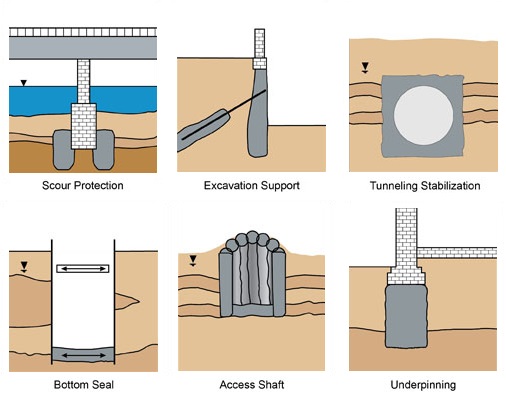